As of October 1, 2013, I will no longer take deposit/s or payment/s on any cats or kittens sight unseen.  Either the cattery and/or the kittens must be viewed by the buyer or an authorized representative for the buyer before a payment will be accepted.  This is due to the revised USDA-APHIS regulation/s that will go in effect November 18, 2013.  I apologize for the inconvience that it may cause potential owners.

The Maine Coon featured on the CFA Banner is GCD, NW Aslanspaw Nicodemus Aloysious
​aka Nicky 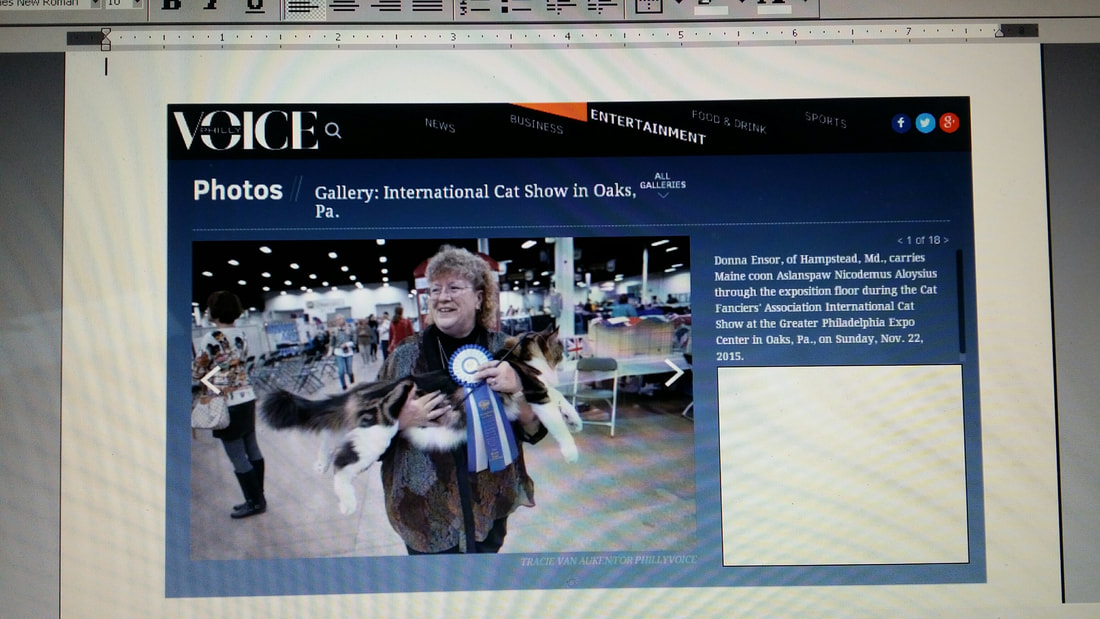 ​Visit a CFA Show  -  to locate a show near you visit the website  http://www.catshows.us